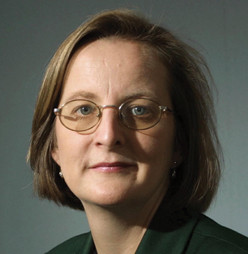 Jacki Davis is a leading commentator and analyst on European Union affairs. She is a very experienced journalist, speaker and moderator of high-level events both in Brussels and in EU national capitals, the editor of many publications, a regular broadcaster on television and radio news programmes and documentaries commenting on EU issues, and both a Senior Adviser and member of the Governing Board at the Brussels-based think tank, the European Policy Centre.

She has been based in Brussels for more than 25 years, and was previously Communications Director of the European Policy Centre; launch editor and editor-in-chief of E!Sharp, a monthly magazine on EU affairs launched in 2001; the launch editor of European Voice, a Brussels-based weekly newspaper on EU affairs owned by The Economist Group, from 1995-2000 (which has now become Politico); and the Brussels correspondent of a British national newspaper.

Panel: what will be the most exciting fintech trends in 2019?

Panel discussion: Can Europe lead the progress of artificial intelligence?

Panel discussion: how cybersecured do we feel at the moment?